When the streams dried up 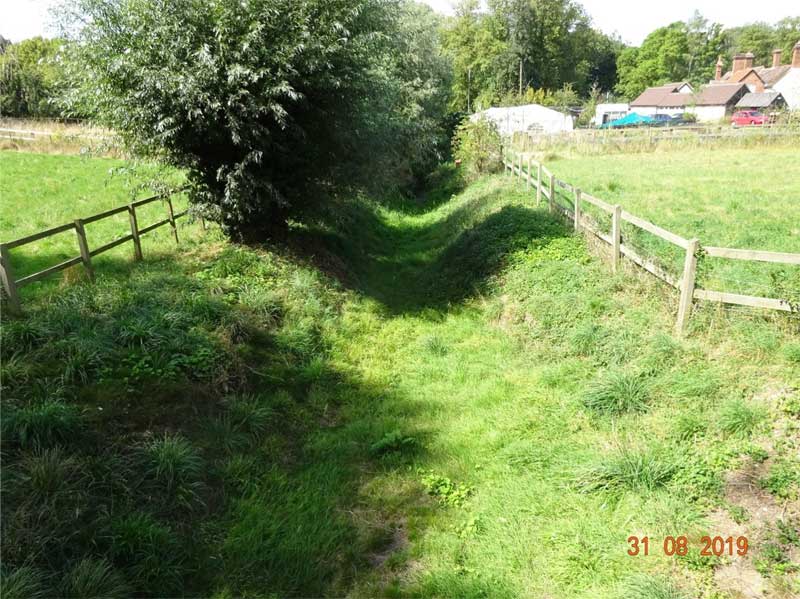 After a couple of dry winters, the River Granta was completely dry. It is fed from the chalk aquifer under the Gog Magog Hills. 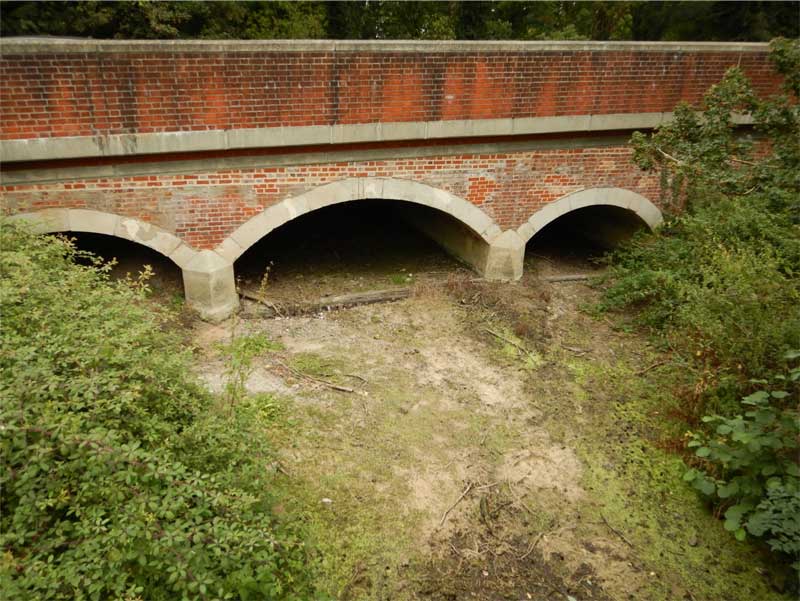 Here you see it downstream. No water!

The River Granta is one of several that feed into the River Cam. The level in the Cam is maintained by sluices but the flow reduced to a trickle – more a pond than a river! Such low flow rates are a problem in several ways. The oxygen in the water can get very low and if there is any pollution running into the water it is not diluted as it should be.

The low flow hit the newspapers: We’re losing a lot of the plants, invertebrates and fish we should have on the Cam. It is not the healthy river it should be. Messing about with the river: water firms accused of draining the Cam dry (Guardian, 24th August)

There were also comments from the Environment Agency English chalk streams are one of the most precious and beautiful things in the natural world. They are known for their clear waters, rich wildlife and for providing a beautiful place for people to enjoy. ... Chalk streams flow from chalk aquifers, stores of underground water that are replenished when it rains. Some groundwater levels in the South East are now at the lowest level ever recorded. Protecting our precious chalk streams (Environment Agency, 2nd October)

Cambridge Water Company responded: Despite some heavy rain and flooding in parts of the country, here in Cambridgeshire we received less than average rainfall over the 2018-19 winter period, when recharge is made to the chalk aquifer storage. We have been monitoring the situation for some time, and there are no risks to water resources in the immediate future with our current forecasts, but we are very conscious of the impact of the lack of rainfall, particularly the impact on our local chalk streams. Water resources and our chalk streams (Cambridge Water, 4th October) 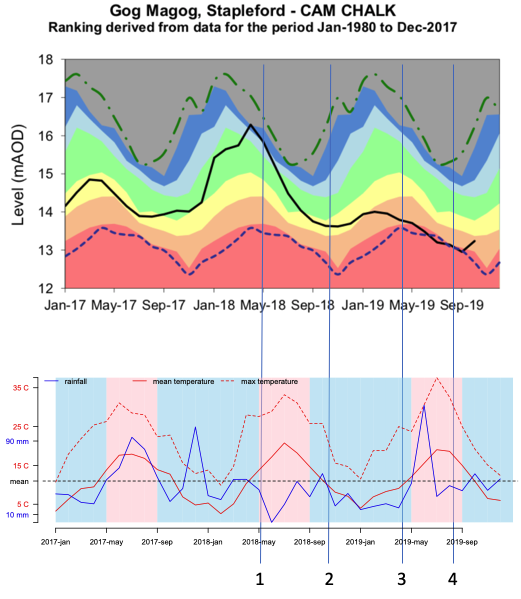 The charts show aquifer level at Stapleford (top) versus rainfall and temperature (bottom) by month. The colour coding in the top chart is green for normal. The solid black line shows the recent levels. You can see them drop:

Bottom chart: Monthly rainfall and temperature based on data from the Cambridge Digital Laboratory weather station.